How to Bring the Right Thing for Every Occasion

Raise your hand if, despite your intention to show up with just the right token of love or appreciation, these scenarios feel familiar:

This entry was posted in Articles & Lists and tagged gifts. 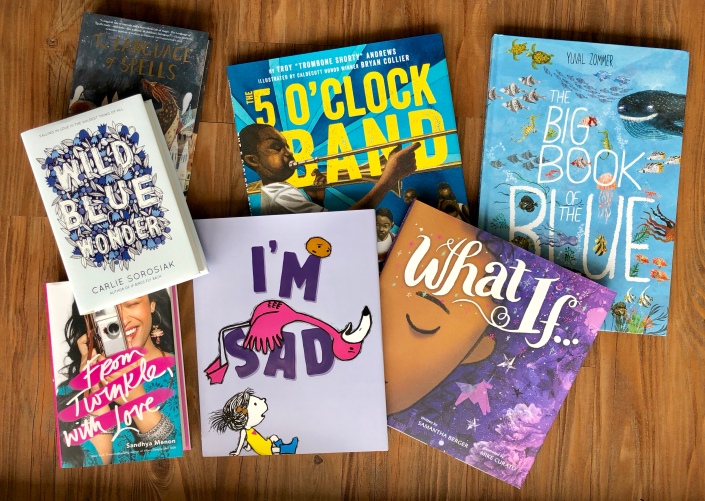 What to do on a rainy summer day? Read! What about when it’s too hot to play outside? Read! During rest time at camp? On road trips? At grandma’s house? Read, read, read!  END_OF_DOCUMENT_TOKEN_TO_BE_REPLACED

This entry was posted in Staff Picks and tagged parnassusnext, under the stars.

Amazing how much you can read during the summer, isn’t it? Lucky for readers everywhere, fantastic new books are coming out every week. If you’re looking for your next great read, consider these titles our own staffers are enjoying most these days: END_OF_DOCUMENT_TOKEN_TO_BE_REPLACED

In 1985, when I was a graduate student at the Iowa Writers’ Workshop, my best friend Lucy and I would become obsessed by what we read. We belted out Roethke’s “My Papa’s Waltz” for a full semester. We tried to memorize the first chapter of García Marquez’s One Hundred Years of Solitude. We fell in love with many short stories. I was there to learn how to write short stories so there was a whole raft of them I obsessed over, but none were as close to me as “The Ideal Bakery” by Donald Hall. END_OF_DOCUMENT_TOKEN_TO_BE_REPLACED

This entry was posted in Ann's Blog and tagged carnival of losses, donald hall, essays after eighty, notes nearing ninety.

Twenty miles from here, twenty miles north, the funeral mass was starting. Yale checked his watch as they walked up Belden. He said to Charlie, “How empty do you think that church is?”

This entry was posted in Articles & Lists, Staff Picks and tagged rebecca makkai, the great believers.

The Work He Was Born to Do: Jim Ridley’s Legacy Lives on in New Book

“Beloved” is not a word usually associated with critics, but Jim Ridley, who spent 20 years as a film critic at the alt-weekly Nashville Scene and another seven as its editor, was absolutely beloved. When he died in 2016 after collapsing in his Scene office, the wave of sorrow rippled far beyond his personal circle. Many people who knew him only through his writing felt as if they’d lost a brilliant friend. A new collection of his work, People Only Die of Love in Movies, confirms that, in a very real sense, they had. Ridley’s voice was dazzling, honest, joyful, and a consistent force for good in the cultural life of the city he loved. END_OF_DOCUMENT_TOKEN_TO_BE_REPLACED

This entry was posted in Articles & Lists and tagged jim ridley, people only die of love in movies.

22 New Favorites for Young Readers: From Picture Books to YA

Summer’s here, and you know what that means: time to read whatever you want! We’re happy to help kids gather all their school-required books — and our kid-lit experts can show you lots of new and exciting just-for-fun reads, too. We’d love to recommend a stack tailored specifically to your young reader’s taste. END_OF_DOCUMENT_TOKEN_TO_BE_REPLACED

This entry was posted in Staff Picks and tagged parnassusnext, under the stars.